Kashmir students attend school for the first time in 7 months

The schools’ reopening on Monday marked an end to a lengthy break that began in August 2019, when the Indian government imposed a security and communications lockdown in the Muslim-majority region, and was later followed by the annual three-month winter vacation.

Last week, authorities in Kashmir announced, for the third time in recent months, the resumption of classes as the security situation remains under control and weather conditions have improved.

“I am very happy to be here,” 19-year-old Muskan Yaqoob said, on her first day studying commerce in class 12.

“I was very eager to come,” added Yaqoob, who last attended school on August 3. “At home, there was nothing to do; even concentrating on studies was difficult.” On August 5, the government in New Delhi abolished Article 370 of the Constitution, which gave special status to the Indian-administered portion of the Himalayan region, including the right to its own constitution and autonomy to make laws on all matters except defence, communications and foreign affairs.

Under a government crackdown, which saw thousands of people including students detained, strict communication and military curbs were imposed in the region to prevent protests.

Kashmiri activists fear that the abrogation of Article 370 changed the geographical realities in Kashmir by removing a seven-decades-old law that had protected the demography of the region.

Following the controversial move, authorities on two occasions announced the reopening of schools, but students stayed away amid the ongoing restrictions and concerns among parents about the children’s safety at a time of heightened tensions between India and Pakistan. The two neighbours have fought two of their three wars over the disputed territory of Kashmir, which both claim in full but administer separate portions of. Armed rebels in Indian-administered Kashmir, meanwhile, want either independence or a merger with Pakistan.

Last week’s announcement about the reopening of schools brought the winter break to an end one week before schedule. It also came amid an easing of the communication lockdown which has seen low-speed mobile internet restored.

“Today, I decided to let my children attend school because I felt a little safe. I have a working phone where I can know about the wellbeing of my children,” said Shafat Ahmad, after dropping his 11-year-old son and six-year-old daughter at a school in the main city of Srinagar.

Ahmad said that over the past few months, he had decided against sending his children back to school despite the government insisting them to attend.

“The government cares about its interests and not about the future of our children and they wanted to use them to manufacture normalcy last year,” he said, accusing it of being “responsible for disrupting the normal life in Kashmir”.

“They have jeopardised the future of so many children who are languishing in jails. In this place, you cannot express your real voice. We want a future with dignity for our children so that they do not have to fear to talk freely.” The reopening of the schools came as hundreds of security personnel continued to patrol the streets of Srinagar in riot gear to prevent any demonstrations.

“The atmosphere of fear has subsided and the parents have taken an honourable decision to prefer schooling to vagaries of time,” a senior government official told Al Jazeera on the condition of anonymity.

“We will ensure the smooth functioning of the schools.”

“The loss cannot be measured,” Var said, adding that it will affect students in upcoming exams.

“This place is uncertain but we hope the time [ahead] remains smooth and students will continue to pursue education like children everywhere else.”

Mehwish Rafiq, 18, said that while she and her friends were happy to return to class, there is always a fear that “something might happen and schools will be shut again”.

“I completely value what it means to be at school,” Mehwish said, adding that “there are so many barriers to our success.”

“There is a mental trauma after a long disconnect with books.” 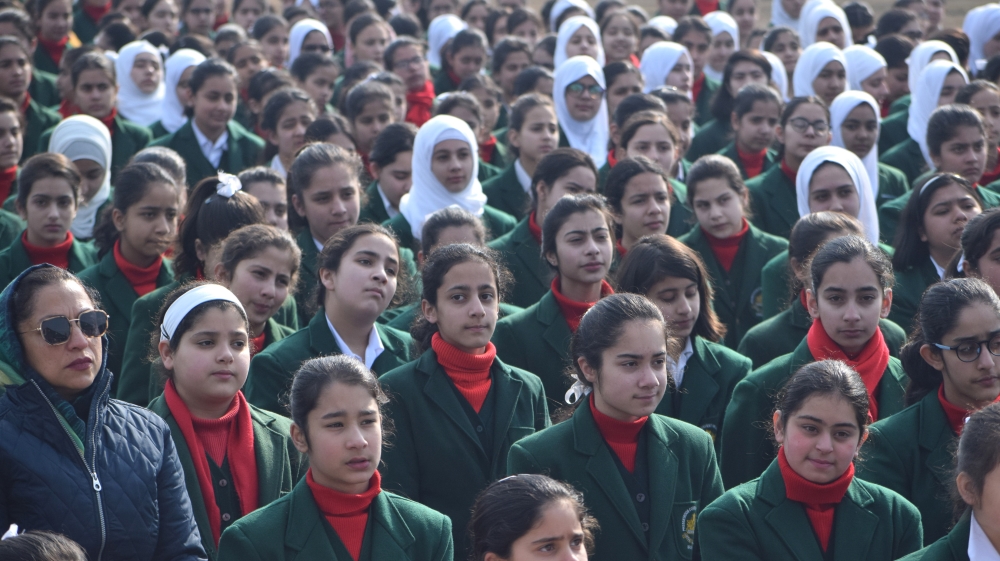